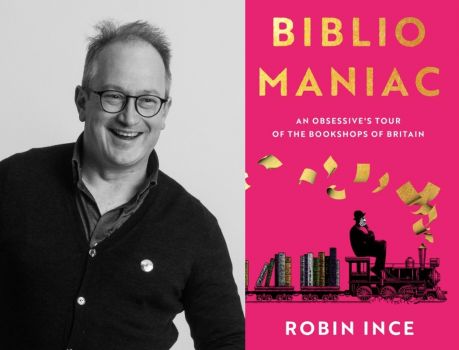 Robin Ince - Bibliomaniac : An Obsessive's Tour of the Bookshops of Britain

Join Robin Ince at the start of his fresh tour of the UK's Independent Bookshops. He's promoting the very book that he's written following the last bookshop tour. It's going to be a long slog as he travels the length and breadth of the country.
And please note, he doesn't drive! So he's entirely reliant on public transport. In our case, we'll pop round to his house and pick him up.

Bibliomaniac : An Obsessive's Tour of the Bookshops of Britain (RRP £16.99)

Why play to 12,000 people when you can play to 12? In Autumn 2021, Robin Ince's stadium tour with Professor Brian Cox was postponed due to the pandemic. Rather than do nothing, he decided he would instead go on a tour of over a hundred bookshops, from Wigtown to Penzance; from Swansea to Margate. Packed with anecdotes and tall tales, Bibliomaniac follows Robin up and down the country in his quest to discover just why he can never have enough books.

It is the story of an addiction and a romance, and also of an occasional points failure just outside Oxenholme.