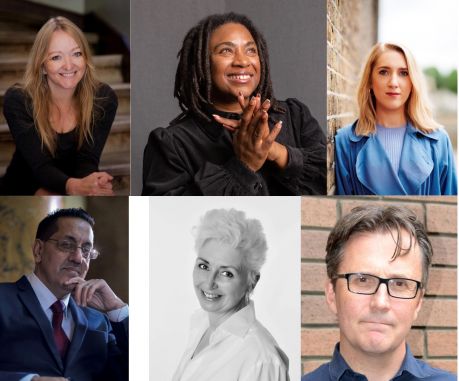 BeaconLit is back and we are proud to be supporting this wonderful one-day festival in Ivinghoe.
The line up for this years event is simply brilliant. Don't miss out on seeing authors such as Cara Hunter, Ayanna Lloyd Banwo, Stacey Halls, Nazir Afzal, Ruth Hogan W.C Ryan and many many more...

Cara is the author of the Sunday Times bestselling crime novels featuring DI Adam Fawley and his Oxford-based police team. Her books have sold over a million copies in the UK alone, and been translated into 23 languages so far. Her fourth novel, No Way Out was selected by the Sunday Times as one of the 100 best crime novels since 1945. Her first novel Close to Home sold over half a million copies, was a Richard and Judy Book Club pick and was shortlisted for Crime Book of the Year in the British Book Awards 2019. The fifth book, The Whole Truth, published this year, is a Richard and Judy summer pick for 2021. The TV rights to the series have been acquired by the Fremantle group.

Ayanna is a writer from Trinidad & Tobago. She is a graduate of the University of the West Indies and holds an MA in Creative Writing from the University of East Anglia, where she is now a Creative and Critical Writing PhD candidate. Her work has been published in Moko Magazine, Small Axe and PREE, among others, and shortlisted for Small Axe Literary Competition and the Wasafiri New Writing Prize. When We Were Birds is her first novel; she is now working on her second which will be published by Hamish Hamilton in 2025. Ayanna lives with her husband in London.

Stacey was born in Lancashire and worked as a journalist before her debut The Familiars was published in 2019. It was the bestselling debut hardback novel of that year, won a Betty Trask Award and was shortlisted for the British Book Awards' Debut Book of the Year. The Foundling, her second novel, was also a Sunday Times top ten bestseller. Mrs England is her third novel.

Nazir is a former Chief Crown Prosecutor and was Chief Executive of the UK’s Police & Crime Commissioners. During a 24-year career, Nazir prosecuted some of the most high-profile cases in the country and advised on many others, with a special focus on domestic violence, child sexual abuse, and honour-based violence. He worked personally on the most high-profile cases, whilst simultaneously overseeing the thousands of prosecutions each year, and is particularly notable for his prosecution of the so-called Rochdale sex grooming gang. Today he sits on the board of the Independent Press Standards Organisation (IPSO) and is also National Adviser on Gender Based Violence to the Welsh Government. In 2018, he joined the advisory board of Google’s Innovation Fund for counter-extremism.

Ruth has now sold over a million books. Her first novel, The Keeper of Lost Things, was a Sunday Times bestseller and a Richard & Judy pick and is published in over 30 countries. Her next novels, The Wisdom of Sally Red Shoes and Queenie Malone's Paradise Hotel, helped establish her as one of the queens of uplifting fiction. Madame Burova, her fourth novel, is set in her beloved Brighton. Ruth lives in a chaotic Victorian house with an assortment of rescue dogs and her long-suffering husband.

William is the Irish author of five novels, including the Captain Korolev series set in 1930s Moscow. They have been shortlisted for numerous awards, including the Irish Fiction Award, the Theakstons Crime Novel of the Year, the Endeavour Historical Gold Crown and the Crime Writers Association’s Steel, Historical and New Blood Daggers. His latest novel, A House of Ghosts, set in 1917, has been described as ‘an atmospheric, hugely entertaining mystery that offers all the pleasures of a classic ghost story – with an appealing dash of romance’. William lives in London and is a licensed mudlarker and keen cyclist.